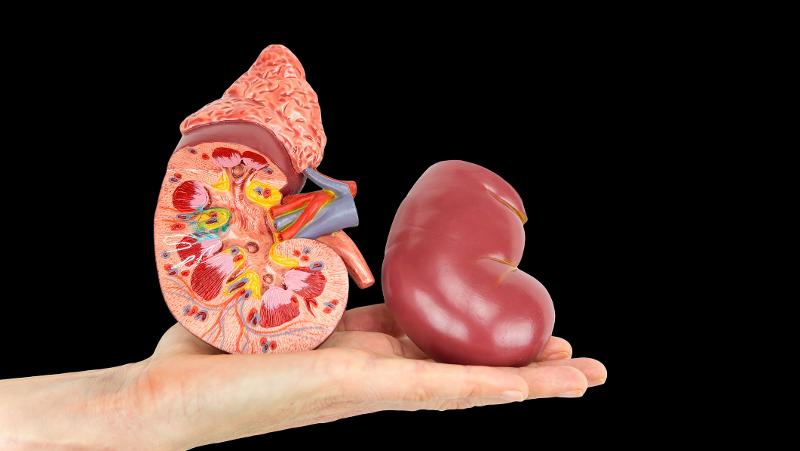 The latest study is a collaboration with US-based biotech Variant Bio, which specialises in studying genomes of populations with the goal of improving global health.

The director of QUT’s Centre for Genomics and Personalised Health, Professor Griffiths began researching the island’s isolated population in 2000 and since then has returned many times to study a range of chronic health disorders.

“The Norfolk Island Health Study has, over the past 20 years, led to progress in identifying genes and genetic variants associated with a number of chronic health disorders including cardiovascular disease, migraine, diabetes and eye disorders,” Professor Griffiths said.

“For this study we are collecting information relevant to disorders we have previously studied but are also focusing on investigating kidney disease on the Island.

“Our aim is to use our findings to determine kidney disease risk and identify genetic factors that play a role in the development of the disorder.

“A five-person team from QUT will open a Norfolk Island Health Study Clinic on the island on 1 November to collect medical and family information, as well as blood samples for analysis and DNA samples for whole genome sequencing from Island participants over a 6-month period.

“This is a longitudinal study which will involve past participants, collected in the years 2000 and 2010, and now in 2021, as well as new island participants.

“We will look at cardiovascular risk traits and kidney function, collect dietary information and conduct full biochemistry tests on the blood samples and provide this health information back to all participants.”

Variant Bio CEO Andrew Farnum said: “Variant Bio looks forward to embarking on this important research with the Norfolk Island community and Professor Griffiths’ research team. We hope that this study will ultimately result in treatments for common diseases that affect both Norfolk Islanders and people across the globe”.

“One way we hope to bring direct benefits to the Norfolk Islanders is through our ground-breaking benefit-sharing program,” he said.

“Ten per cent of the Norfolk Island Health Study budget will go towards locally run organizations on the Island, and 4 per cent of future Variant Bio revenue will be invested back into all the communities with which we partner, through initiatives that support local capacity-building, infrastructure, education, healthcare, or sustainable development initiatives.”

Professor Griffiths said many Norfolk Islanders are able to trace their ancestry to the original founders – the original Bounty mutineers and Tahitian women, who sought refuge on Pitcairn Island after the famous mutiny in 1789 and were later relocated to Norfolk in 1850s.

“This study will involve up to 900 volunteer Norfolk Islanders aged over 18, many of whom have participated in our previous studies over the past two decades. Also, their children may now choose to join the study,” Professor Griffiths said.

“The work we’re doing with Norfolk Islanders could be of vital importance to the field of human genetics research.

“When we identify specific genetic links to a disorder, we can use this information to estimate a person’s risk of developing the disease but also such information may provide clues to develop new therapies not just for the Islanders but for everyone.

“This demonstrates that medical research can have benefits not only on a global scientific level, but also on a local community and individual level.”

The ultimate aim is to develop new therapies to prevent and treat kidney disease.