Media Release: All eyes on Netflix as it pivots to survive saturated streaming market As Netflix shares plummet and its position as leader of the streaming services pack starts to falter, a QUT media scholar says the company is pulling out all stops to keep its customers and maintain its dominance in an increasingly cutthroat market.

Professor Amanda Lotz from QUT’s Digital Media Research Centre and School of Communication said the launch earlier this month by Netflix allowing subscribers to give their favourite titles two thumbs up is not just a publicity ploy.

“Streaming services are rapidly evolving. It is estimated that Netflix is in half of homes in the UK, US, Canada, and Australia, but growth is slowing – last week the company announced its first decline in subscribers for more than a decade which sent investors into instant panic mode, knocking billions off its share price,” said Professor Lotz.

“Asking subscribers to indicate what titles they love helps Netflix prioritize titles likely to keep people paying. They are doing this in an environment in which subscribers are starting to cancel as much as add new services.

“Netflix is entering a new phase, and we are hearing how the company may introduce advertising as well as crack down on account sharing.”

Professor Lotz is the author of a new book, Netflix and Streaming Video: The Business of Subscriber-Funded Video on Demand (Polity), described as the first book to provide a comprehensive foundation for understanding the business of subscriber-funded streaming video and its implications for the role of these services in culture.

Professor Lotz draws on two decades of research to highlight the similarities and differences among streaming video services such as Netflix, Amazon, and Disney+ and among different video distribution technologies including broadcast, satellite/cable, and internet.

“Netflix wants to know what you love because it is core to maintaining those monthly fees,” professor Lotz said.

“The metric of success for ad-funded channels and for movies in cinemas is simply the number of people who turn up to see each title. But the titles that attract the most viewers generally aren’t the ones that resonate most deeply. To earn a monthly fee, subscriber-funded services need titles that resonate. 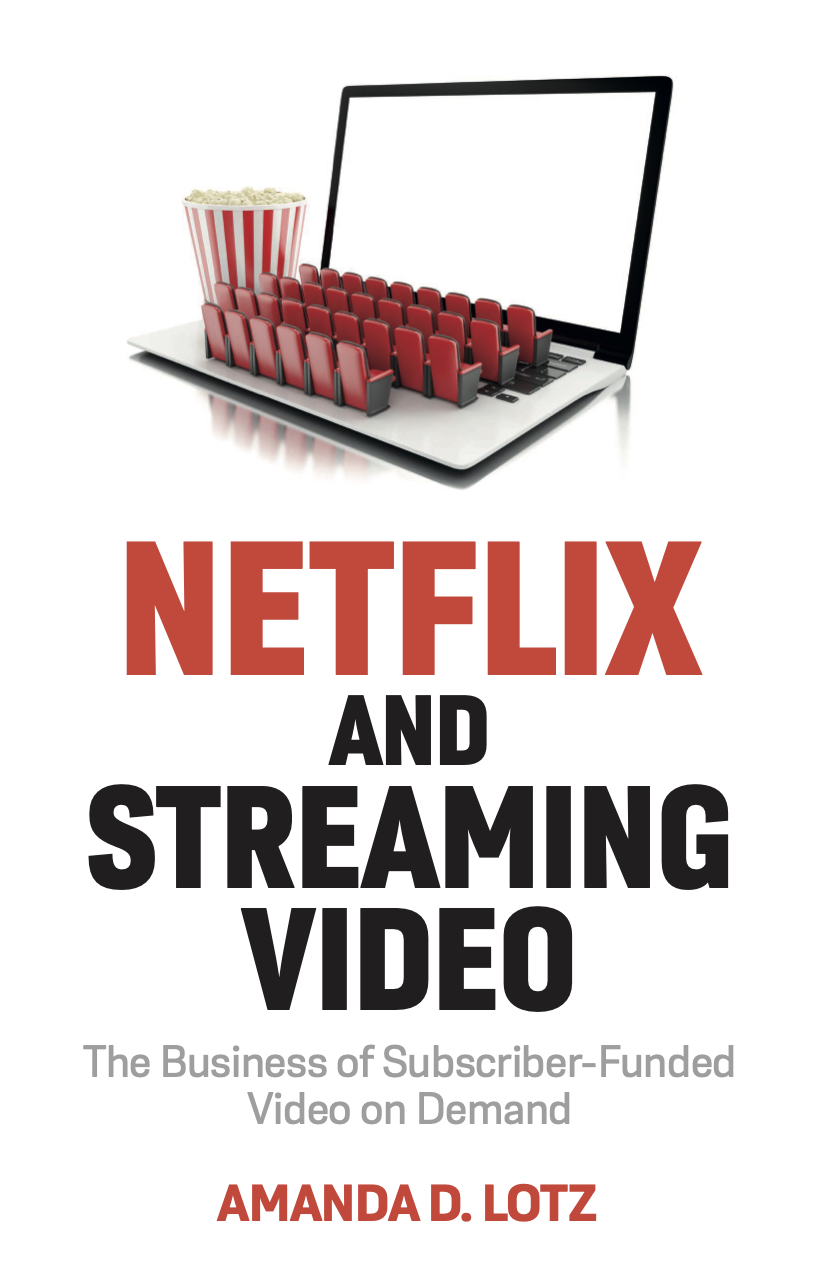 “A key difference in the business of subscriber-funded streamers is that their business model prioritises serving viewers rather than advertisers’ desire for the most viewers.

“Subscriber-funding allows services to benefit from creating or offering titles that clusters of viewers truly love, even if they don’t attract an exceptionally large audience.

“In my new book, I describe the measure of resonance as a ‘satisfaction coefficient’. Think about all the titles you watched recently on streamers and award them a score, one for the least satisfaction and ten for the most. The value of each title isn’t simply how many people watch but how many view moderated by that satisfaction.

“As the number of streaming services grows faster than household budgets, it’s those titles scoring ten that are more likely to keep you paying, even if those titles aren’t among those on ‘Top 10’ most-watched lists.”

Professor Lotz said the problem for Netflix was that it was not easy to know what titles earn the highest satisfaction coefficient.

“There are indicators – such as the first content a new subscriber streams, how quickly someone consumes episodes, or titles that are rewatched, but this rating feature suggests those indicators aren’t sufficiently effective,” she said.

“I think of the titles that deliver my highest satisfaction and it would be difficult to identify just from my consumption. Often, I’ve found them long after they entered the library and I didn’t watch them quickly because, well, life.

“In some cases, I savoured the final episodes, meting them out because I didn’t want the story to be over or wanted to save them for special occasions. None of that behaviour would register just how much I value those titles, while I often view titles that everyone is talking about quickly to see what the fuss is – although rarely do those titles earn a high satisfaction mark.”

Professor Lotz added that while streaming services have access to exponentially more data about viewer or household-level viewing relative to the pre-digital industry, it’s not always enough.

“Asking viewers to indicate most highly valued titles helps the service understand how its subscribers value different titles and to target spending on new titles efficiently,” she said.

“This is a very different programming logic than has previously driven our understanding of successful series and movies.

“On-demand delivery doesn’t require the whole audience to watch the same thing at the same time, which is important because it expands the scope of stories that can be commercially viable.

“Whatever Netflix does next, you can be sure the other streaming services will be watching closely.”