In times of conflict, any kind of censorship by major platforms can erase evidence of state-sanctioned violence, human rights abuses and potential war crimes against innocent civilians.

The Institute for Middle East Understanding (IMEU) highlights a post by @A7madAbuznaid on the extent of Instagram’s censorship. @theimeu/Instagram/Screenshot

This is particularly concerning as evidence of brutality and violence on social media can often be the only form of testimony that holds false narratives and mass denial of human rights abuses to account.

According to Al Jazeera, the Palestinian death toll in the recent conflict with Israel stands at 248, including 66 children. At least 12 people have died in Israel, including two children.

On social media, Palestinians and supporters have documented violence through images and videos, with hashtags in both English and Arabic. But activists, digital rights defenders and users have called out the platforms over mounting evidence of the unjustified removal of pro-Palestinian content.

Senior Facebook executives apologised to Palestinian Prime Minister Mohammad Shtayyeh in a virtual meeting on May 20, after which a Facebook spokesperson told TIME Facebook was “actively working to respond to concerns about our content enforcement.”

Earlier this month, Instagram and Facebook labelled Jerusalem’s Al-Aqsa Mosque as being associated with “violence or a terrorist organisation”, according to a BuzzFeed report. This resulted in Instagram removing and blocking posts tagged with #AlAqsa or its Arabic counterparts #الاقصى or #الأقصى. A Facebook spokesperson claimed the posts “were restricted in error”.

In a letter to the Palestinian Mission to the United Kingdom, Facebook said it would work to resolve content moderation issues and investigate alleged campaigns on the platform to incite violence against Palestinians in Israel.

Meanwhile, The Intercept, a US news outlet, claimed on May 15 it had obtained internal Facebook policies which showed the company’s moderating of the term “zionist” enabled it to suppress criticism against the Israeli state on both Facebook and Instagram.

Due to a lack of transparency surrounding content moderation practices, it’s not clear how much platform censorship has occurred in the current conflict. What little independent insight we have mostly comes from a handful of digital rights organisations.

[…] arbitrary measures against Palestinian content, especially with the tendency to stigmatise criticism of Zionism with anti-Semitism.

Similarly, the Palestinian and Arab digital rights organisation, 7amleh — The Arab Center for the Development of Social Media, documented some 500 cases of Palestinian digital rights violations between May 6-19, along with platforms’ responses. The violations came from Instagram (50%), Facebook (35%), Twitter (11%) and TikTok (1%).

7amleh alleged that in most cases, users were not given an explanation for content deletion or account suspension.

The statement came in response to a meeting between Israeli Defence Minister Benny Gantz and executives from Facebook and TikTok. In it, Gantz requested the corporations remove Palestinian content Israel believed would incite violence or spread misinformation.

This person hasn’t worked at Facebook in more than four years and has no direct knowledge of our decision-making processes during these horrible global events nor the authority to speak about our policies or how we enforce them.

Due to a lack of transparency surrounding content moderation, we don’t know the extent to which platform censorship is done in direct response to user complaints, requests from foreign governments or as a result of algorithmic decisions.

Muslim.co reports on users’ experiences of censorship on Instagram regarding Palestine. @muslim/Instagram

The company, which has offices in Israel, has faced growing criticism by digital rights defenders and activists over its business interests, platform policies and content moderation process.

Facebook has a public policy director for Israel and the Jewish diaspora, Jordana Cutler, a former adviser to Israeli Prime Minister Benjamin Netanyahu.

It does not have a dedicated public policy director for Palestinians. Palestinian matters fall under the remit of its Middle East and North Africa policy chief.

Last year, Facebook established an independent oversight board to address growing criticisms about its role in suppressing online speech. But the legitimacy of the board was questioned after the controversial appointment of Emi Palmor, a former general director of the Israeli Ministry of Justice’s Cyber Unit.

The enactment of social and political power

Social media platforms can effectively dictate what is permitted in online discourse, using moderation processes that are opaque and fraught with inconsistencies.

In the context of the Israel-Palestine conflict, the removal of content deemed “offensive”, “graphic” or “inciteful” by private corporations and oppressive political actors essentially controls how we understand it.

This, in turn, can influence the protection of rights and potential to prosecute human rights abuses. This is a form of oppression I refer to as “platform necropolitics”.

It provides a prism through which to understand how corporate and political actors are increasingly working together to control which voices and what content are (or aren’t) given space online. 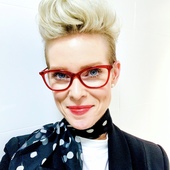