Never fear, humans have a place in the digital future The future impacts of automation and artificial intelligence (AI) on the lives of human beings will be one of the hot topics at a symposium on in Brisbane and supported by QUT next week.

Humanising the Future is a public event being staged by the Australian Academy of the Humanities in South Brisbane on 13-15 November. It will see humanities experts from around Australia, the United States, France, The Netherlands, The UK and elsewhere gather to discuss the ramifications of the ‘fourth industrial revolution’.

Organisers aim to explore themes that go beyond the usual framework of ‘existential threat’ and ‘revolutionary transformation’ to drill deep into how the world can created a humanised future. They will address topics including how to create culturally smart cities, the intersection of cultural practice and technological development and how to enhance workforce development to meet technological challenges. 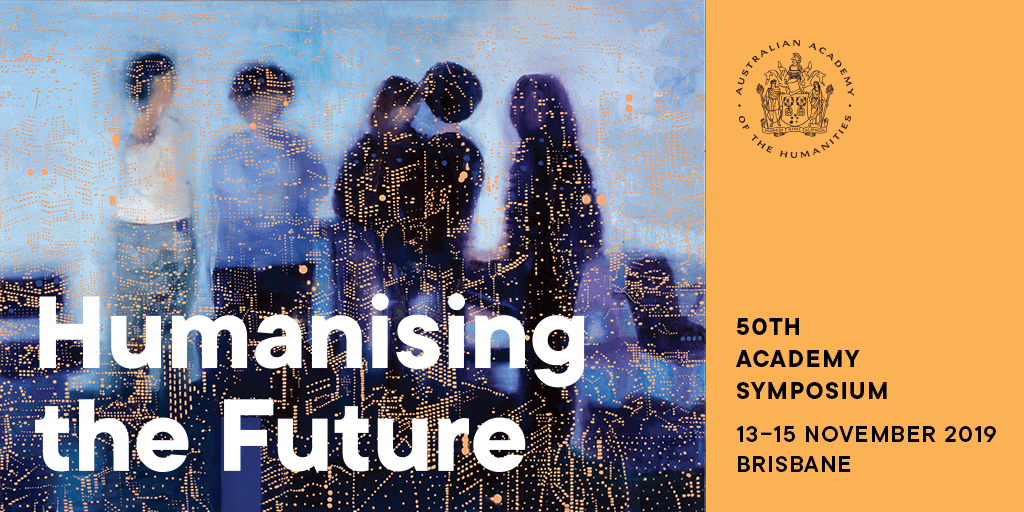 Speakers include Professor Jean Burgess (below), director of QUT’s Digital Media Research Centre (DMRC), who will present a talk as part of a panel chaired by QUT Distinguished Professor Stuart Cunningham on Friday 15 November.

“Automation and AI are already playing a major role in our everyday lives and our public institutions, across health, social services, transport, and the media,” said Professor Burgess who last month was named Associate Director of and a Chief Investigator at the new $31.8 million ARC Centre of Excellence for Automated Decision-Making and Society.

“So the digital future is already here; it’s already being shaped by and deeply affecting humans, and it is increasingly urgent that the humanities play a greater role in helping to influence it around values such as inclusivity and fairness. “But we need to get beyond critiquing such developments from the sidelines. To date, there have been very few large-scale, well-resourced initiatives to address how this shift is playing out in the real world, beyond abstract ‘AI and ethics’ efforts, which are often driven and funded by technologists rather than humanists.

“With the new ARC Centre of Excellence for Automated Decision-Making and Society, we will have the opportunity to work with other disciplines and with a range of industry and civil society partners at scale and over time, to help create a more responsible, inclusive and fair digital society.

“This is a future that we can play a role in shaping, but we have to be proactive, and we have to collaborate.”

QUT Professor of Urban Informatics Marcus Foth also features as a speaker on the topic of the role of community and cultural sectors in responding to future challenges at a session on Thursday 14 November. Other highlights of the Academy’s 50th anniversary symposium include:

What does the future have in store for the humanities, and what can the humanities offer the future? A presentation by former Academy president Lesley Johnson on ‘The Humanities Cause: Reflections on the history of the Australian Academy of the Humanities’, a discussion panel with the Vice-Chancellors of Griffith University, QUT and the University of Queensland and closing comments by award-winning early career humanities researcher Professor Ronika Power from Macquarie University.

For more information, and to book into sessions, check out the program online.